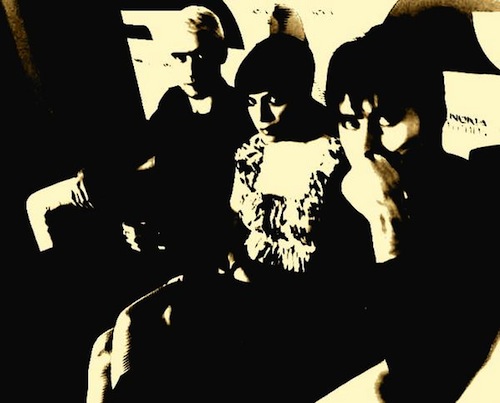 British electro band Zoot Woman is made up of Jonny Blake, Adam Blake, Stuart Price and Jasmin O’Meara. Known for their live shows, the group has gained a worldwide following over the past few years. Price and Blake also work under the alias Paper Faces for remixes. They have reworked some Zoot Woman songs under this alias, but they have also produced remixes for artists such as Madonna, Scissor Sisters, Phoenix, Chromeo and producers such as Felix Da Housecat and Pete Tong.

With their first LP, Living in a Magazine (2001, Wall of Sound), Zoot Woman established themselves on the music scene. They released their self-titled sophomore album in 2003 and, after a pretty long break, their new album, Things Are What They Used To Be, hit the stores last August. The lead single, “We Won’t Break”, was released as a free download on RCRD LBL and has been remixed by many a producer…

“Saturation” is, in my humble opinion, one of the best tracks on the album. It’s a long track that slowly builds up and creates a real emotional tension through the repetition of some motifs all through the song.. Check it out!

Find the band on MySpace or check out their official website. All their music can be downloaded on