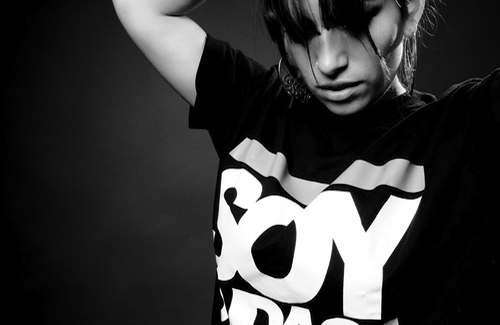 Chilean rapper and singer Ana Tijoux initially established herself in the Latin American hip-hop scene as the female MC of undergound group Makiza in the late ’90s. In 2007 she released her solo debut, Kaos, taking Latin rap to a whole new level of artistry. Two years later Ana’s critically-acclaimed sophomore album 1977 was a bold return to her rap roots and a tribute to the “golden age of hip-hop”.

Ana’s latest album, La Bala, was released in 2011 via Nacional Records. It features collaborations with Jorge Drexler, Curumin, Javier Barria, Los de la Aldea (…) and is further proof, if any was needed, that Tijoux knows her stuff! She sings and raps like nobody else out there, bringing power to every single word and shaping them into something bigger than the sum of its parts.