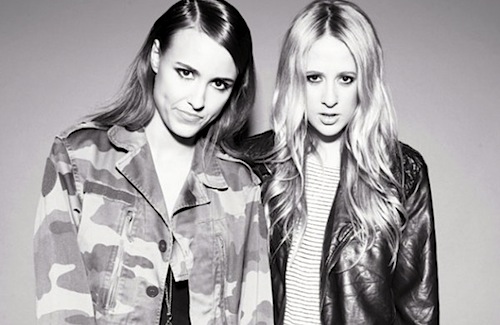 Rising stars Eli & Furhave announced the release of their latest single on their own label NYX Records. Co-produced by South London’s own BretonLABS, “Tonight” is a punchy slice of electronica set to a pulsating back beat, the kind of track that will rock the dancefloors at 3am.

The Tonight EP will be avaliable on 26th November digitally and it will feature including a gorgeous rework courtesy of Breton and a mean remix by Detroit-born producer Jimmy Edgar. You can already stream all three tracks on SoundCloud.

For the record, Eli and Fur met a few years ago over a mutual love of old school house and techno music and they have been making a name for themselves on the DJ scene playing at club nights and parties from London to Ibiza by way of Tokyo. Over the past few years, the girls have supported Alex Metric, Maceo Plex, Infinity Ink, Fedde Le Grand, Eric Prydz and Scuba amongst many others…

For more info, go to Eli & Fur’s official site or Facebook. Buy on