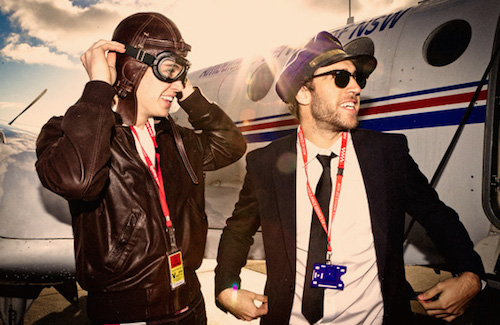 To say the duo’s debut album was highly anticipated would be a gross understatement and now that it’s finally here it doesn’t disappoint in the least. Down To Earth is a perfectly balanced mix of familiar favorites interlocked with brand new tracks and a few instrumental jams thrown in for good measure. Bridging the gap between electro and pop, the record feels like a smooth well-structured journey, from the breathy chill of “Two Bodies” and pulsing beats of “Heart Attack” to the funky vibe of “Sunshine” and the love-struck retro house of “Apollo”. Down To Earth features an all-star cast of talented female vocalists including Micky Green, Emma Louise, Christine Hoberg, Elizabeth Rose, Owl Eyes and Giselle Rosselli, as well as a few male voices: Reggie Watts, Stee Downes and teen US rapper Bishop Nehru.

More info and music on FF’s official site or Facebook. The album is available worldwide on

2 thoughts on “FLIGHT FACILITIES – DOWN TO EARTH (Electro/Disco – Australia)”