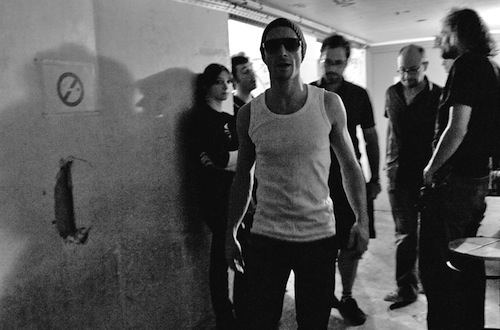 UK-born Paris-based artist Flox has been a mainstay of the French nu-reggae scene for a few years now. His tracks have been featured on hip Parisian radio Nova, his first three albums shifted thousands of copies and, with his live band, he has played over 150 gigs! Flox provides a modern, unrestrained and mesmerising blend of sounds, stemming from different cultures but holding no boundaries. This headnodic mix oscillates between reggae, dub, electronica, with subtle hints of ambient.

“Right Here” is the new single taken of Flox’s fourth album All Must Disappear, scheduled for release on October 24 via Underdog Records. For those of you who have never heard the old albums, the songs featured below should give you a nice glimpse of their sound…

Flox - The Words
Flox - Killing U and Me

For more info, go to Facebook or visit the official site. Buy the music on