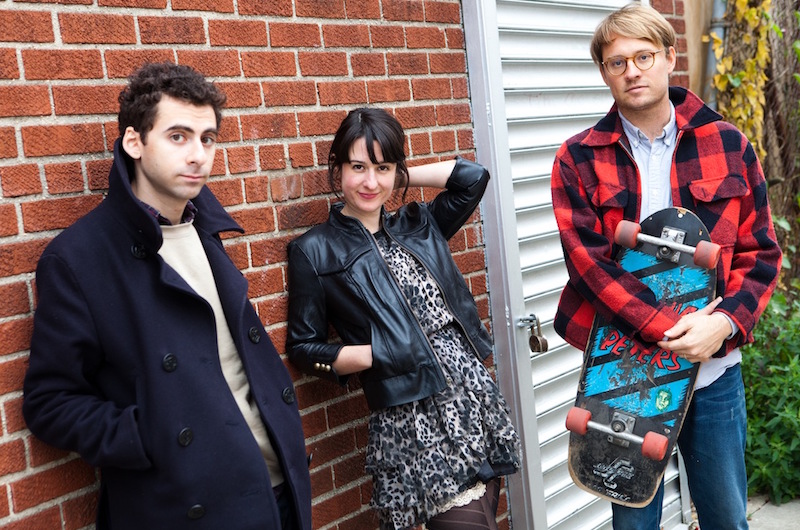 “Going Out” is taken off the band’s sophomore album, Trouble, which features a darker sound than its predecessor. Hospitality’s trademark pop is still present but with a more stripped-down instrumentation, creating a space where undulating synths come alive and mysterious voices fill the void.

Amber Papini elaborates: “Most of the songs are about everyday environments that arouse anxiety or unease. I think a lot of the songs deal with this ‘out of place’ kind of theme, feelings of unease and the questions of what is under you or what surrounds you.”