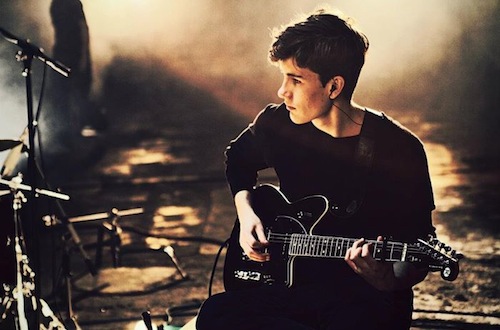 Singer-songwriter Nigel Wright lives near the Blue Ridge Mountains in Goergia, where he writes and records his music mostly at home. From an early age he lived surrounded by artists, writers, and musicians and always knew he had to create something, but it had to be something unique. When he finally, almost reluctantly, picked up his father’s guitar, it was with determination to avoid obvious progressions, standard tunings, and plain chords.

Deeply rooted in folk tradition, Wright’s debut album Millfoil was recorded with an eight track recorder and a couple of microphones in his home studio in 2010 and it shows the sixteen-year-old’s grasp of fresh, solid musical structures. Along with his dense overlays of vocals and acoustic guitar progressions, his lyrics, delivered in a resonant baritone, glow with unassuming sincerity.

Find more info on Nigel Wright’s official site or Facebook and listen to his music on SoundCloud. Buy on