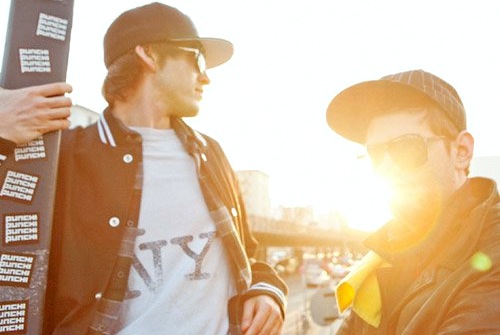 Robosonic aka Cord and Sacha have been building a reputation for producing multidimensional electronic music ever since the release of their highly acclaimed debut album Sturm und Drang in 2007 on their own label Diskomafia.

The duo’s most recent release is the Worst Love EP, a breezy summer-ready record, included two new original tracks and two remixes by Doctor Dru and Fritz Zander. Released on May 9th via OFF Recordings, the EP is already supported by Zombie Disco Squad, Maya Jane Coles, Joyce Muniz, Round Table Knights and many more…

“Punchi Yellow” is another colourful piece – an edit which recalls emotional moments of physical exhaustion after a long DJ set. The edit contains slices of Daft Punk‘s soundtrack for “Tron” and it’s available for free download on Soundcloud.

Listen to more music on Robosonic’s official site or SoundCloud. You can also follow them on Facebook and buy their music on