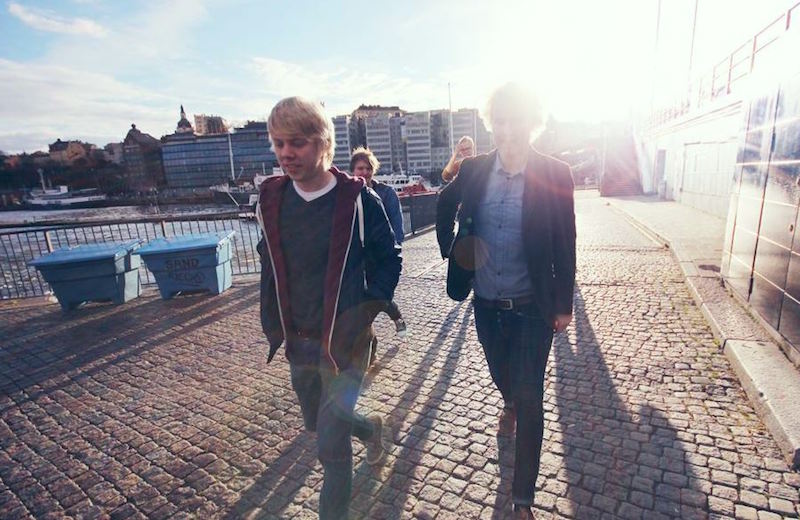 Since their indie breakthrough with the release of their 2012 debut album Phrases To Break The Ice,  Scandinavian four piece Satellite Stories have been churning out catchy pop songs and bringing their live show to fans across the continent. This week they reveal the third song and title track from their upcoming album, Vagabonds, to be released on March 6th via XYZ Berlin Music.

Recorded last year in the UK in the Kentish countryside, Satellite Stories’ new album was prodcued by Simon “Barny” Barnicott (Arctic Monkeys, Temper Trap, Kasabian, Bombay Bicycle Club). The first tune taken off the album, “The Trap”, saw the lads streaming numbers accumulate into the millions with the single hitting over 100k within 5 days of its release and receiving accolades across the board.

Lead guitarist Marko Heikkinen explains that over the past few years of touring and writing songs in hotel rooms and airports, the band “became vagabonds going from pillar to post with no real fixed address”. This is what inspired them to make this collection of songs with no strict genre or style, just great tunes!

Check out their official site or Facebook for tour dates. Buy the new album on