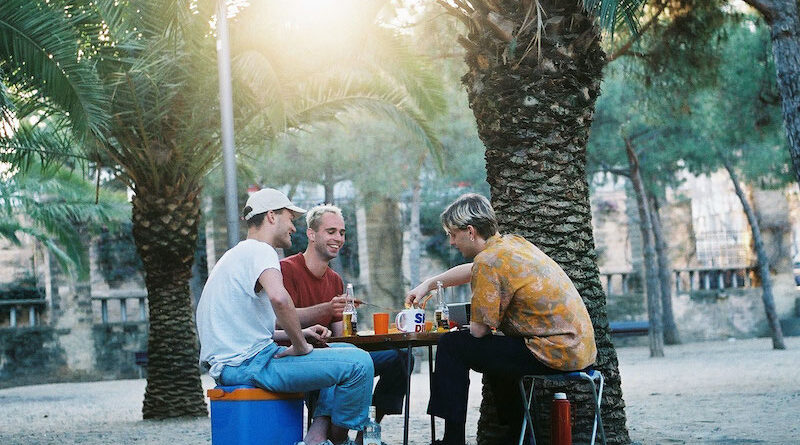 Probably one of the hottest bands coming out of Denmark in recent years, Scarlet Pleasure try to connect the dots between house music and pop, with splashes of reggae, funk and even RnB. Released in 2019, and surprisingly not included in their 2020 album Garden, the single “What a Life” recently took a life of its own after being featured in the Oscar-winning movie Another Round and it was re-released by Copenhagen Records last November with a brand new video.

A definite contender to be stuck in your mind for hours on end, “What A Life” is said to have been inspired by the Italian folk song “Bella Ciao”, which was an anti-fascist resistance song during World War II. With its contemporary take on what it means to be a young man or woman always on the lookout for the next thrill, the song is a bittersweet celebration of life and its many elusive pleasures.

The Copenhagen three-piece, consisting of childhood friends Emil, Joachim and Alexander, have already racked up 1.5M views on YouTube with this addictive tune and there is no doubt that the exposure they have been getting will increase their following. Keep an ear our for their next edgy, playful productions!

For more info and music, find Scarlet Pleasure on Facebook and SoundCloud.