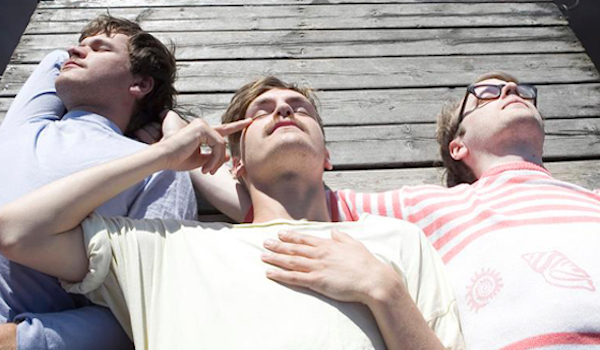 Probably one of Scandinavia’s best kept secrets, Simian Ghost is an indie pop outfit founded in 2010 near Stockholm by musician and visual artist Sebastian Arnström. Their debut album, Infinite Traffic Everywhere, had bloggers and music critics raving about their lush electronic sound and its follow-up, Youth (2012), garnered equally impressive reviews. Fast forward to 2015 and the Swedes are now ready to dazzle their fans with their third album The Veil.

With The Veil the band wanted to test the barriers of how much brilliant pop the album format can hold, with no less than 18 tracks, ranging from foot tapping indie songs like “Never Really Knew” to more introspective psych pop tracks like the 8-min long “The River Ouse”.

Simian Ghost originally performed live as a trio, but more recently, they have added two new live members, Maja Agnevik on vocals and Wilhelm Magnusson on bass. They have toured in Germany, France, UK, USA and all over Scandinavia. Catch them in July in Italy…

One thought on “SIMIAN GHOST – THE VEIL (Indie/Pop – Sweden)”