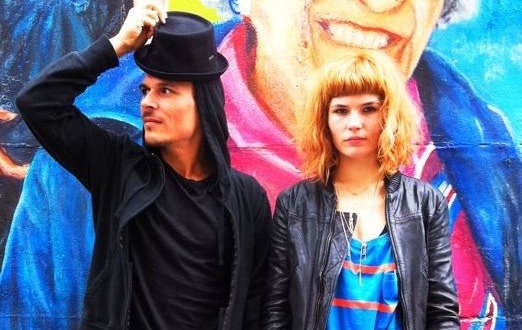 Formed in 2007, French/Finnish duo The Dø first grabbed the spotlight with their chart-topping debut album, A Mouthful, released in 2008 to great reviews. Three years later they delivered an ever better sequel, Both Ways Open Jaws, featuring tribal first single “Slippery Slope” and punk-pop-ish ode to vomiting “Gonna Be Sick”. Brimming with youthful exuberance, this record is a happy marriage of musical eccentricity and sharp.

For those of you who are not yet familiar with The Dø’s intriguing sound, you should get your hands on their latest album asap. And in the meantime, you might want to check out a little selection of remixes of some of the duo’s best tracks courtesy of Trentemøller, Mylo and Nasser…

For more info and music, go to the band’s official website and Facebook. Buy the music on

One thought on “THE DØ – REMIXES (Indie/Alternative – Finland/France)”