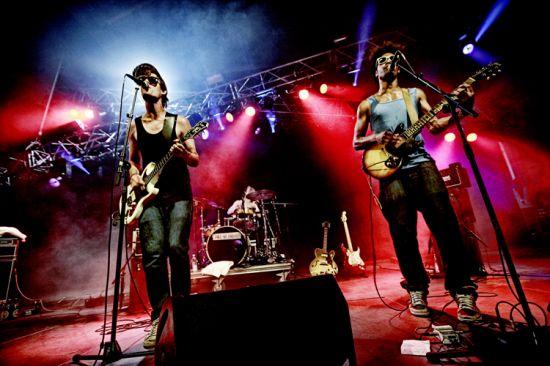 Are We Brothers? is a rock band from Denmark. Its members, Lasse Boman (guitar and lead vocals), Shaka Loveless (bass), Benjamin Kissi (lead guitar) and Birk Nevel (drums), started the band in 2007. The “brothers” of the band are Lasse Boman and Shaka Loveloss, who have known each other since they were five years old. The band’s self-titled debut album was released in September 2008 and the first single, “Come Around”, quite literally took Denmark by storm and managed to reach #1. Here is a pretty sweet remix by Danish electro duo The Wong Boys…

Are We Brothers? - Come Around (The Wong Boys Remix)

The band’s success could well have stayed within the boundaries of the small Scandinavian country but their music managed to break boundaries and their album is now getting an international release. With frenzied drums, big guitar riffs and punchy lyrics, Are We Brothers? look well set to conquer Europe.

Find Are We Brothers? on MySpace and buy their music on