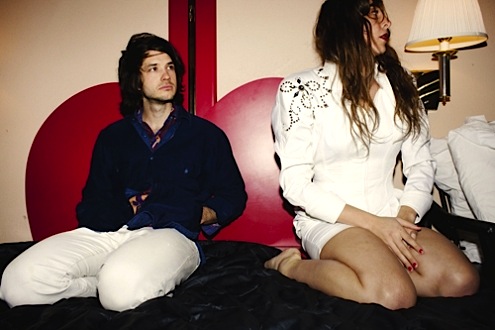 Hailing from Baltimore, Beach House is Victoria Legrand (vocals, organ) and Alex Scally (guitar, keyboards), who are joined by Daniel J Franz and Graham when performing on stage.

Since its formation in 2005, the duo has released three albums: Beach House (2006), Devotion (2008) and Teen Dream (2010). Blending Victoria Legrand’s delicate vocals with an expansive dream pop sound, Teen Dream has been hailed as one of the best albums of 2010. Very carefully and thoughtfully put together, Beach House’s songs are dream pop at its best. Their slow-paced melodies and eerie vocals combine to create vivid magical soundscapes.

No wonder this music has  been a source of inspiration for many DJs and producers who have released  incredible remixes that enhance the best qualities of Beach House’s original songs… umstrum||music has selected some of the most noteworthy remixes and you can find them just below:

If you like what you hear and you want more, click HERE or visit Beach House on MySpace. Of course you can purchase all their albums and EPs on