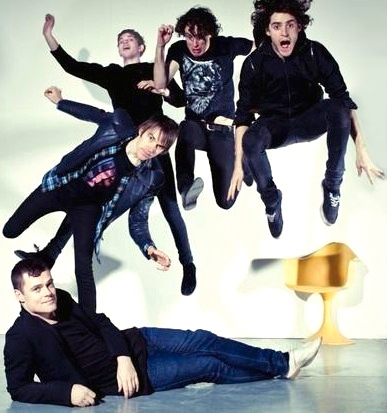 The band’s first major hit, “The Others”, was released in Australia in 2006. It was then remixed by Aussie dance act TV Rock and became a massive club hit accross the country.

After the release of their sophomore album, Minus, the band took in a string of sell-out gigs in capital cities, as well as completing dates nationally with Sneaky Sound System, Sam Sparro, The Music and The Vines. Three singles were released from Minus, including “It’s a War”, “Get it” (both 2008), and most recently, “Runaway” (2009).

Dukes of Windsor relocated to Berlin in December 2009 and are currently working on their self-produced third full-length album. Check them out on MySpace and buy their music on

One thought on “DUKES OF WINDSOR – THE OTHERS (Electro/Rock – Australia)”