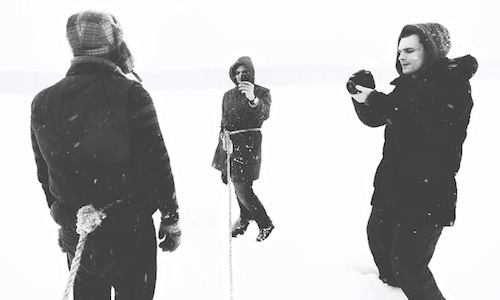 It’s been almost three years since Russian indie rock trio Everything Is Made In Chine (EIMIC) released their highly praised album Automatic Movements. After the release they wanted to move further and explore new grounds. They started to apply even more synthesized sounds and samples to the music, without sacrificing melodies and emotions.

Everything Is Made In China - Parade

Max Fedorov (vocals, guitar, effects), Alexander Bykov (drums) and Phill Premyak (bass, keyboards) are now ready to share their brand new single “Parade”, which pretty much sums up their creative evolution of the last few years. The new track (and the single’s B-side “Brittle Crystal”) were mixed in Chicago by John McEntire (Tortoise, Jaga Jazzist, Kaki King, Broken Social Scene, etc.), who managed to convey all the sonic aspects of the songs just perfectly. It’s up for grabs now on SoundCloud!

Find out more on EIMIC on Facebook or check out their official site. Buy all their music on

One thought on “EVERYTHING IS MADE IN CHINA – PARADE (Rock- Russia)”