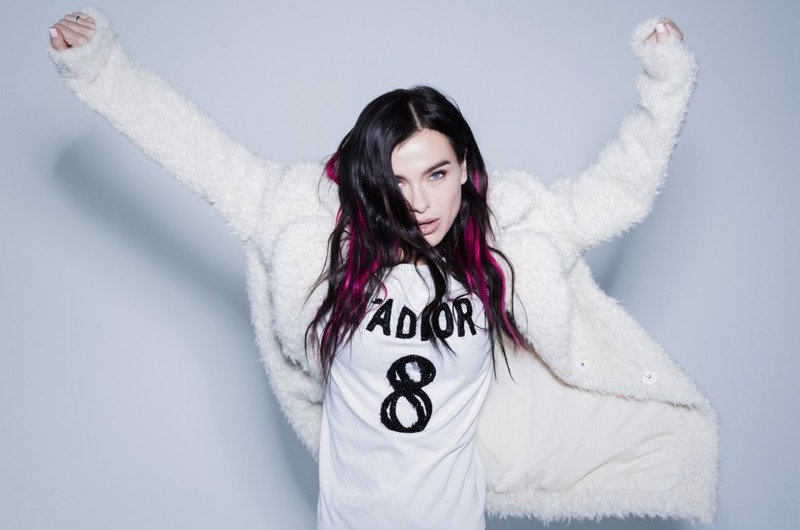 Russian singer/songwriter Elena Temnikova (Елена Темникова) shared her third released in less than two years a couple of months ago on April 27th. Despite its title, TEMNIKOVA III – Не Модные, this is actually her first full-length album, and just like her two previous EPs it is self-produced and self-released. Although “Не Модные” literally translates as “not fashionable”, the title track combines very forward-looking arrangements inspired by deep house, R&B-infused beats and catchy pop vocals.

Temnikova came to prominence as one of the three members of Russian pop outfit Serebro, which represented Russia in the Eurovision Song Contest 2007. After placing third in the contest, the band rapidly became one of the most successful artists in Russia. At the height of her fame with Serebro, Elena Temnikova decided to leave the outfit and start her solo career, releasing a few singles which set the tone for her new sound. Her EPs TEMNIKOVA I and TEMNIKOVA II, released in 2016 and 2017, included songs ranging from vigorous dance numbers, to soulful ballads, introspective deep house and urban R&B.

Find more music on Elena Temnikova’s SoundCloud or Facebook. Buy the music on