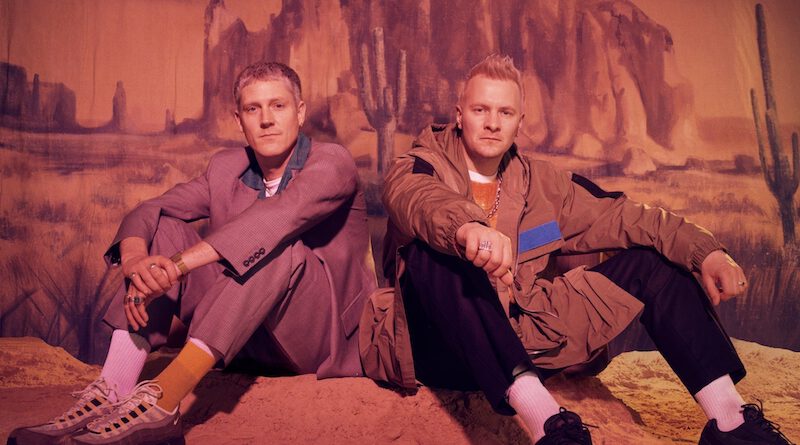 UK disco duo Franc Moody started back in 2016 as a collective started by Ned Franc and Jon Moody and a group of musicians in an abandoned warehouse in Tottenham. Their debut album Dream in Colour was released in February 2020 via UK-based indie label Juicebox Recordings and garnered unanimously glorious reviews. Mixing disco, house, and funk into their own distinctive blend, Franc Moody have built a solid fanbase that keeps growing with every new release.

“I’m in a Funk” is the duo’s irresistible new single and it’s out now via Juicebox/AWAL. The track is the second taster for Franc Moody’s forthcoming album, which should be released this autumn. Building upon the success of their previous work, “I’m in a Funk” elevates Franc Moody’s timeless funk flair and tops it off with hints of synthpop and euphoric vocals.

The band explain that this “was a song born in the heart of lockdown when we had to write remotely, sending bits of music to each other. The vocal we wanted to be a three-piece harmony, inspired by RnB groups like TLC. Lyrically we channeled the collective feelings of the time, being cooped up, unable to see loved ones and unable to do the things we’d normally do. As the song came together, the production began to naturally lean towards hip-hop breaks of the ‘90s and folks like LCD Soundsystem and of course Prince.”

Check out Franc Moody’s official site or follow them on Facebook for more info and tour dates. Find more tunes on the band’s SoundCloud.