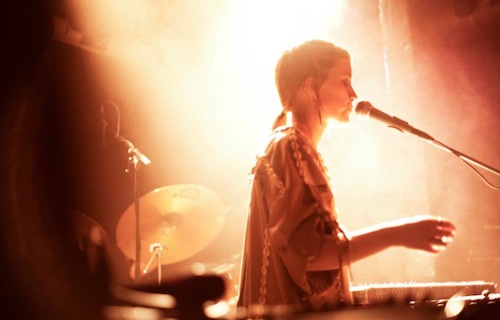 Highasakite are Trond Bersu, Ingrid Helene Håvik and Øystein Skar. Together they create smart pop music with elegant arrangements and lush soundscapes. Their mix of driving keyboards, pounding drums, powerful vocals and the occasional noise guitar is unlike most things to come out of Norway in the past few years and that’s precisely why you should check them out.

Inspired by artists such as Lykke Li and the movie “Where The Wild Things Are”, Highasakite’s debut album All That Floats Will Rain, released in February 2012 on Norwegian indie label Riot Factory, has received rave reviews throughout the Norwegian press. Dagbladet even named it album of the year and said that “No song on this album is redundant, it’s all brilliantly brought to life.”

Highasakite is playing many of Norway’s biggest and most important festivals this summer, amongst them Øya and Hove. More details on their official site or Facebook. Buy the music on