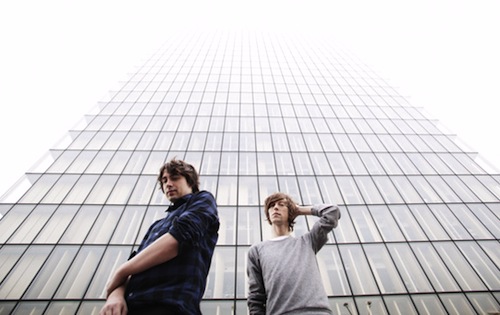 Following their 8-date East Coast tour last December opening for electropop trio Yelle and the sweeping success of their Kitsuné-released debut album Alesia, Parisian duo Housse De Racket are all set to embark on their first headlining tour of North America. This massive month-long tour kicks off today at Austin’s SXSW and will end with their first ever performance at Coachella on April 22nd.

What better way to celebrate than with a new remix of the duo’s latest single “Château” by Chicago’s own Hey Champ! The remix is available now as a free download on Housse de Racket’s SoundCloud and more treats are on the way over the next month!