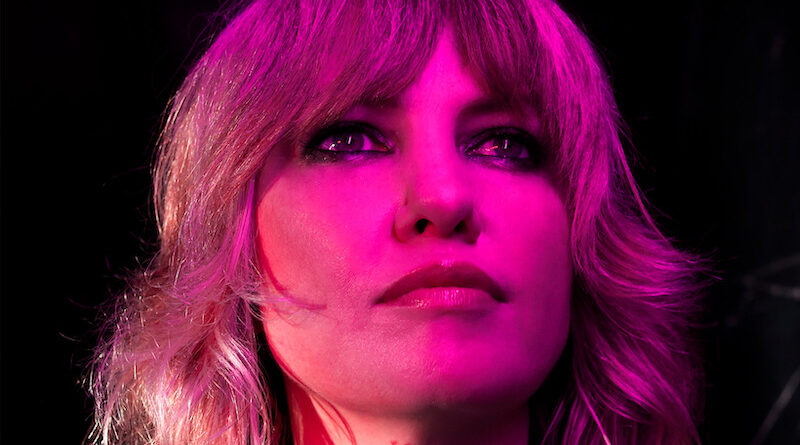 New Zealand born and bred singer songwriter Phillipa ‘Pip’ Brown, better known to most as Ladyhawke, hasn’t had a solo release in half a decade (Wild Things, 2016), and it is fair to say that her fans have missed her compelling mix of pop, electronica and glam rock. To be fair, she’s been through a lot over the past couple of years, including getting married, moving back to New Zealand from LA, giving birth to her first child and, just a few months later, being diagnosed with melanoma. Now fully recovered and settled in Auckland, Brown has experienced the last year as a rebirth of sorts and this feeling shines through on her new album, Time Flies, which reflects a new-found sense of freedom and spontaneity. She explains: “I was feeling pretty grateful to be alive and making music, so I felt like I didn’t ‘care’ anymore – not in a bad way, I just stopped over thinking it.”

Much of the new album was created over numerous video calls with some of Ladyhawke’s long-time collaborators during lockdown, using shared screens and tweaking the songs in real time. Fellow New Zealand artist Broods was featured on the first single ‘Guilty Love’, but others such as PNAU’s Nick Littlemore, Empire of the Sun‘s Jono Sloane, Tommy English and Josh Fountain also contributed to Time Flies. This record is reminiscent of Brown’s first forays in the Kiwi pop scene back in 2008. Its generally upbeat feel and big choruses with a sparkle of 1980s pop leans into Ladyhawke’s strengths, but there are darker undertones as well, as she tackles themes such as mental health, sexual identity and motherhood. Self-released via her own imprint Mid Century Records, Time Flies is available worldwide on your favourite streaming platforms.