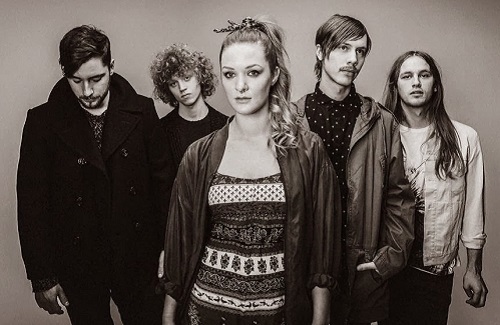 Having already released two stunning tracks in 2014 (“Lacuna” and “Curtains”), one of Stockholm’s finest bands, Last Lynx return with their new single “Brother”, taken from their forthcoming EP Rifts.

Talking about the EP’s focus on relationships and love stories, drummer Fredric Lindblom says; ‘All the songs that ended up on the EP were written in a short period of time that gave them a certain sense of connection and theme. I guess that the song writing just coincided with a period in our lives when we were going through very similar emotions and were looping the same thoughts.

Last Lynx first came into the online consciousness with introductory track “Killing Switch”, which shot to #1 on The Hype Machine only days after its release. This was followed up by the Ocean Reels EP, which saw them working with engineer and mixer Lasse Mårten (Lykke Li, Peter, Bjorn & John…). On the Rifts EP, Mårten is still on as sound engineer, with the band’s very own Robin Eveborn on production duties. Rifts will be released on November 7th on Universal’s imprint SoFo Records.