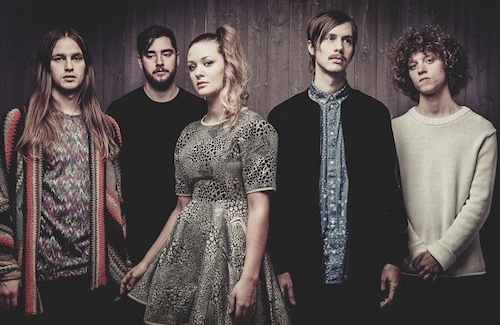 Here comes the new single from Stockholm’s finest Last Lynx. Released on June 2nd through Universal Sweden’s imprint SoFo Records, this new tune was produced by Robin Eveborn and mixed by Lasse Mårtén (Peter, Bjorn & John, Lykke Li, etc.). “Curtains” is the second track to be lifted from the Swedes forthcoming Rifts EP, which will be released later in 2014.

Last Lynx first came into the online consciousness with introductory track “Killing Switch”, which shot to #1 on The Hype Machine only days after its release. They topped both the most popular tracks and most blogged artist chart. This was followed by the Ocean Reels EP, which received near universal acclaim from fans and critics.

To promote the new single, producer Embody was asked to has given “Curtains” a different, more tropical twist. Take a listen below and download it for free on the band’s Facebook page.