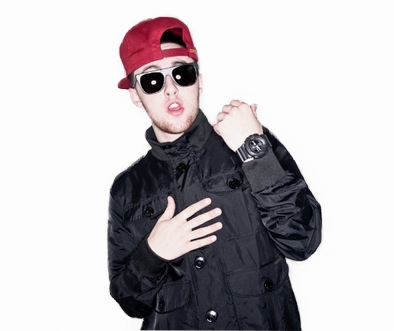 Mac Miller (born Malcolm McCormick) is a 19-year-old rapper from Pittsburgh, who, despite his young age, has already racked up quite a few achievements. In the four years since he released his first mixtape, this MC has gone from a local sensation to selling out venues across the US.

The turning point was his 2009 mixtape, The High Life, which helped him build an amazing following on the internet and got him noticed by independent label Rostrum Records. Upon turning 18, he released his debut with the label, K.I.D.S (Kickin’ Incredibly Dope Shit), featuring the songs “Knock Knock” and “Nikes On My Feet”. Both tracks quickly grew in popularity with his fans on iTunes and on YouTube, where Mac Miller’s videos have received over 20 million views.

Last month was pretty eventful for the young rapper with two releases in just one month! On March 11, he released his new mixtape, Best Day Ever, and made it available for free download on datPiff. On March 29, Rostrum Records released a six-track EP called On And On And Beyond, which you can download on

Show Mac Miller some love on MySpace and download his new mixtape on his official site.

One thought on “MAC MILLER – BEST DAY EVER (Rap/HipHop – US)”