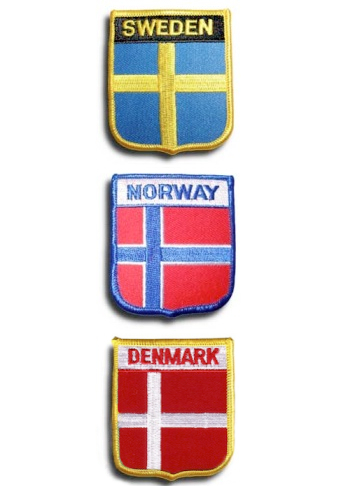 Anyone who has ever read this blog knows that umstrum goes all out for Scandinavian music, so it is only natural that when asked to pick this week’s theme for the already classic interblog Monday Mixer, it had to be about Scandinavia.

Despite its fairly small population, this region has managed to put itself on the world map with its many musical talents and has consistently brought to the world some amazing pop music, starting with ABBA, who sold a total of 380 million records around the world, making them the second most successful group ever, after The Beatles.

This was in the 70s, some will say, what about now? Well, it turns out Scandinavian music seems  to have gone through a real renaissance in the past 5 to 10 years, with many acts making it big internationally (think Robyn, WhoMadeWho, Lykke Li, The Cardigans). So, what is it that makes Scandinavian music so appealing? Here’s what our blogger friends have to say…

When Marc told me that the theme for this week was Scandinavian bands, it was almost as if he knew that I’d been obsessing over Konkylie, the upcoming debut album from Copenhagen band When Saints Go Machine. They’ve got a really unique sound and write some really bright melodies along with some great dark, new wavey heavier tunes as well.  This particular song has been on repeat lately and I’ve got to believe it’s one of the more beautiful songs ever written.

I definitely let out an appreciative “WOOHOO!” when I saw the theme for this week’s playlist. I’m a total Scandophile.  Ever since visiting Sweden and Norway this past winter, I’ve been plotting ways to move to the Nordics.  It’s come down to the option of either attending graduate school there, or finding a nice guy (funny thing is THEY’RE ALL NICE) to marry.  Or you know, both.  One such future-husband contender is Lindstrøm, who has been my favorite producer ever since the 2008 release of “Where You Go I Go Too,” a magnum electronic opus and my absolute favorite song in the world; hands down. I’m not going to make you listen to a 29-minute-long piece during this mix (though you should definitely check it out on your own), so here’s one of his more accessible, popper tunes, “Lovesick.”

Probably one of the best known Swedish song abroad (Abba doesn’t count), here’s “Young Folks” by Peter Bjorn and John. You might not know its title but you have most probably heard its notable whistled refrain somewhere or other. “Young Folks” was used in a number of European commercials and television shows in 2006 and 2007. It was ranked #5 on Pitchfork Media’s “Top 100 Tracks of 2006” list and reached #2 in the 2006 NME Track of the Year poll. Not bad, huh?

Little Dragon is an absolute aberration. Swedish-born, half Japanese vocalist Yukimi Nagano and her high school mates dropped their first album in 2007 and have been getting funky ever since with a new album out this year. I chose their bread and butter track “Constant Surprises” for the reminder that the world can be a magical place if you cede a bit of control of your life and let it take you where it will. If you’re digging it, “Nightlight” is a favorite  track off the new album, Ritual Union. Cheers. Let a song make you shiver.

My knowledge of Scandinavian music, sadly, is minimal. “Heartbeats” is not how I would imagine most Scandinavian music. But then again, what do I know? I’ve always thought music by The Knife sounded a bit out. The vocals and melody complement each other beautifully to create a great tune. I find the lyrics to be poetic. Maybe that’s because I sort of understand them, but not really.

Marcus @ A Pocket Full of Seeds

None of your twee clap-and-woop pop music here. Ben Frost unleashes a swirling, snarling volcano which captures the wilder nature of Iceland. Hibakisja brings to mind images of tearing rock formations and oozing lava but interspersed with gasps and tingling hisses. Almost like a dubstep remix of the Discovery Channel.