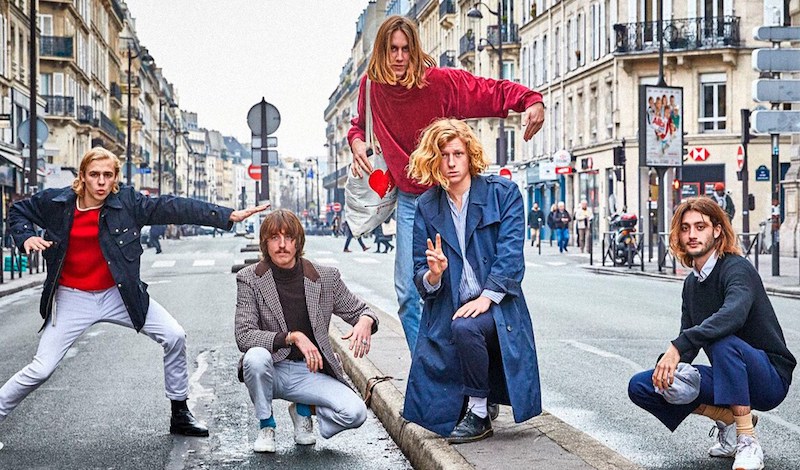 They invited the finest selection of producers to remix five of their tracks and, boy, are we in for a treat! From the psychedelic electro of Inagwa, a side project of Aussie band Tora, the mesmerizing rhythms of French producers L’Impératrice, the versatile electro of German duet Mouse on Mars, misty vibes brought by Helsinki-based Disco Despair, and an electronic ballad courtesy of Dutch trio Kraak & Smaak, the Hideout Remixed EP is an incredibly diverse collection, demonstrating the eclectic aesthetic of Parcels’ universe.

As their latest offering is being acclaimed as “rapturous retro-pop” (The Guardian), the young musicians best deliver their unbridled energy on stage. Following a European Tour supporting Two Door Cinema Club, Parcels embarked on a summer festival tour with shows at Le Printemps de Bourges, Great Escape, Dot to Dot Festival, We Love Green, and more.

More on Parcels’ SoundCloud or Facebook. Buy the EP on