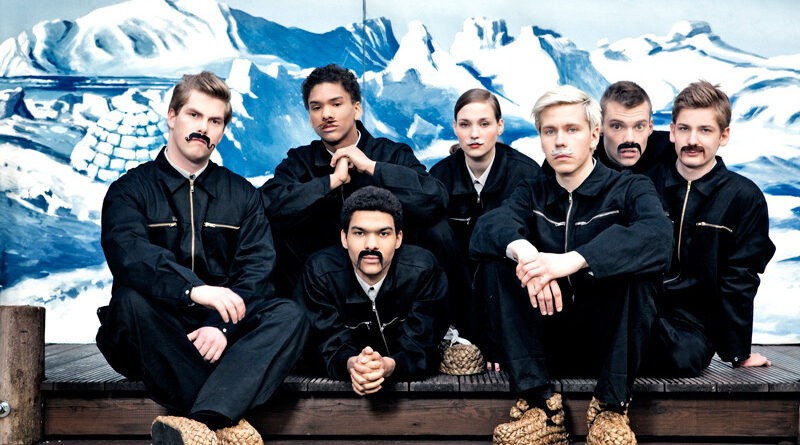 Born out of the ashes of an ill-fated rap group started by lead singer Unnstein Stefansson, Retro Stefson is an indie pop collective composed of six members, who happen to be former schoolmates. Gradually moving from a rather experimental sound to more pop-oriented tunes, the Reykjavik-based bank released 3 albums between 2008 and 2012, as well as a handful of EPs and numerous collaborations with artists such as FM Belfast or Kraak & Smaak.

After 10 years together, Retro Stefson announced in 2016 that they would take an extended hiatus and they released a final EP, titled Scandinavian Pain, which they presented during their farewell show at Gamla Bíó in Reykjavik. Produced by Uni Stefson, Hermigervill and Logi Pedro, this 4-track EP is a multifaceted and sophisticated collection of polished electro pop numbers with a melancholic undertone, based on smooth synths and sharp beats supported by subtle guitars and drums.

Find out more on Retro Stefson via their Facebook or check out their SoundCloud to listen to more songs.