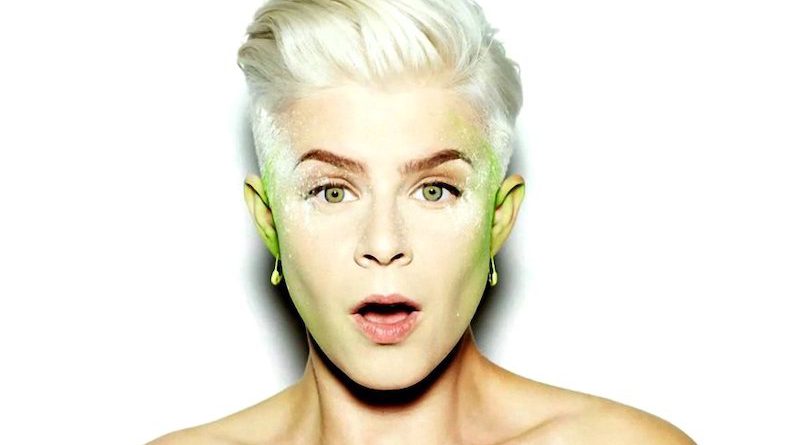 On Honey Robyn has experimented with different sounds and ideas and partnered with long-time collaborator Klas Åhlund and Metronomy’s Joseph Mount as producers. This album, sprinkled with references to funk and disco, is warmer and sweeter, a sensual record about being human that starts from a place of loss and grief, and emerges ecstatically and joyfully into the light.

Robyn also worked with Adam Bainbridge (a.k.a. Kindness), Markus Jägerstedt, Mr. Tophat and Zhala, putting it all together in studios in Stockholm, London, Paris, New York and Ibiza.

About the album Robyn says: “Honey, to me, was the feeling of sensuality and softness, and all the things I was growing in the studio, like a garden. Something that’s so sensual, and so good. I danced a lot when I was making it. I found a sensuality and a softness that I don’t think I was able to use in the same way before. Everything just became softer.”

Go to Robyn’s official site or Facebook for more info and music. You can buy her music on