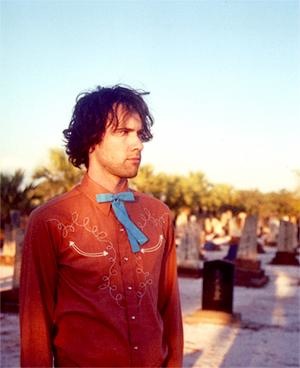 Single Twin is the moniker of Melbourne musician Marcus Teague, former frontman of now defunct Deloris. Marcus Teague was recorded and mixed by Teague himself over a period six years, in his home using only Garageband and a single Rode NT-1000 microphone.

Teague explains, “Single Twin was the name for the thing I was when I was recording songs at home, away from my band Deloris; who were a louder, more democratic concern throughout its 4 album/ten year lifespan. Away from anyone else’s ears, Single Twin songs were small, tediously recorded on the Garageband program through the only microphone I own. While Deloris were hatching singles and planning things and setting up in studios and running out of money and snatching defeat from the jaws of victory I would give away Single Twin stuff on CDRs with home-printed artwork. With the demise of Deloris in 2008, I set about making Single Twin exist properly”.

Find Single Twin on MySpace and stream the whole album BandCamp, where you will also be able to download a bunch of tracks absolutely for free.