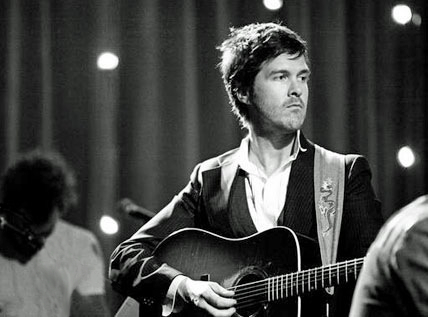 Singer and songwriter Trent Dabbs was in Jackson, MS, but has been based in Nashville, TN, for his professional career. The influence of both those places clearly emerge in his music: “The ghosts of Johnny Cash, old gospel-choirs, Neil Young, and Nick Drake are heard roaming the halls of Trent’s songs,” according to his website.

Dabbs has released six solo albums and a collaboration album with Ashley Monroe since his move to Nashville and has continued to hone his craft with each release. His first release in 2005, Quite Often, was produced by Grammy award winning producer, Dennis Herring (Jars of Clay, Modest Mouse, Elvis Costello).  Since then, he has continued to impress music critics and his acoustic driven moody pop songs have won him major accolades in the industry.

Trent Dabbs’ sixth full-length record, released last month, is both a return and a departure.  The album is a return to Trent’s heritage, and recalls how the South has shaped his art, but the tone is also a slight departure from his previous pop and rock-driven songwriting.  Dabbs effortlessly brings together all his influences to craft beautiful songs with powerful hooks and pretty memorable lines…

If you want more, here’s a bonus track which Trent Dabbs is giving away for free on his official site…

You can find more info on the aforementioned official site or MySpace. Show your support and buy Trent Dabbs’ albums on Amazon or