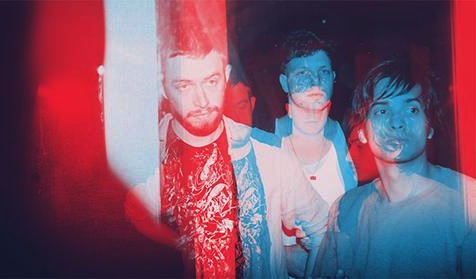 As we write, Brooklyn-based indie band Yeasayer is fast becoming one of the most blogged about band on the internet. Anand Wilder, Chris Keating and Ira Wolf Tuton have been around for a few years now and they have worked with artists such as Bat For Lashes or Simian Mobile Disco and toured with MGMT or Beck. Their first album, All Hour Cymbals, garnered critical acclaim from underground-oriented web sites but failed to receive mainstream success (get it on iTunes). Its multi-layered textures and quirky psychedelic turned it into a favourite for many reviewers but was sometimes considered too quirky and experimental. Be that as it may the track “Sunrise” is definitely one of our faves here at umstrum||music…

The band is now signed to Secretly Canadian and ready to release their highly anticipated sophomore album. Their new LP is called Odd Blood and it will be available on February 9, 2010. To create Odd Blood, Yeasayer holed themselves up in the hills of Woodstock, NY, before putting the final touches on the album in New York City. The result is a gorgeous indie record that indulges in nu-wave and electropop but easily transcends both genres. It is full of coulour and definitely packed with great tracks.

All in all it really looks like 2010 is going to be Yeasayer’s big breakthrough year… Keep up with the boys and check out their tour dates (America and Europe) on MySpace. Buy their music on