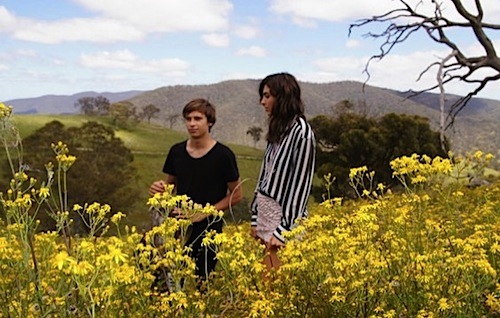 For a few years now, Aussie born DJ/producer Anna Lunoe has been leaving a trail of exhausted and ecstatic crowds in clubs throughout Australia and the US. Best known for her high-energy DJ-sets, Lunoe has a few more tricks up her sleeve and this is precisely what she wants to demonstrate with “I Met You”. This new original track is a disco-infused collaboration with Sydney-based one-man band Flume.

Despite his young age (only 20!), Flume seems to be going from one success to another, lining up sold out live shows, releasing remixes for Hermitude, The Aston Shuffle and Ta-ku and supporting The xx in Sydney and Melbourne. He is currently putting the finishing touches on his debut album coming soon on Future Classic.

Anna Lunoe and Flume’s enthralling collab “I Met You” is out since June 25th via Future Classic and the EP features remixes from Dj HMC and Late Nite Tuff Guy.