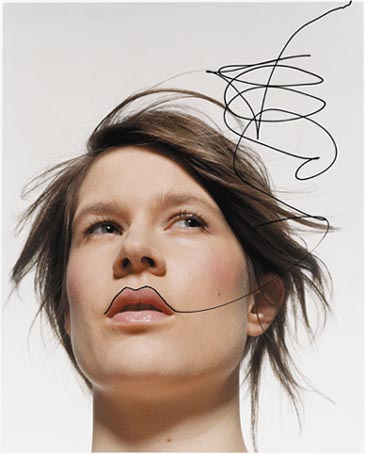 Camille Dalmais, a one time political science student, made her musical debut in 2002 with Le Sac Des Filles, her first full-length album.

After taking part in the project “Nouvelle Vague”, Camille released her second album, Le Fil, in 2005 and sold over 250.000 copies in France. This conceptual album is built on one note (a “B”) that starts at the beginning of the album and goes on like a thread (le fil, in French) until the end. The songs are based essentially on voice, sounds and raw emotions is now being released in the rest of the world and it is already becoming a classic.

There is also a brand new live CD (EMI, 2006) where you will find a selection of tracks from Le fil and from Camille’s first album Le sac des filles.

To find out more about Camille, check out her page on MySpace or her official site. You can buy her music on