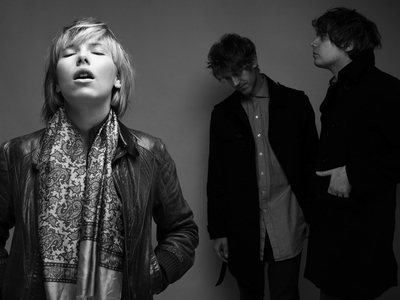 Taking cues from the 80s (think KRAFTWERK), Chew Lips is part of the current wave of girl-fronted electro bands (La Roux, Robyn, Little Boots) but their strong songwriting displays more serious ambitions that you can sense on tracks such as “Too Much Talking” or “Piano Song”, revealing a much more sensitive side of the group.

If you’ve been following this blog, you will remember Chew Lips’ first single “Solo”, which was included on U R MY DISCO // vol.3 and their subsequent hit “Salt Air”, which was given the remix treatment by French electro geniuses Jupiter…

Check out the video for their new single “Seven” just below and don’t forget to visit MySpace for more info, more music and tour dates. Unicorn is available now on