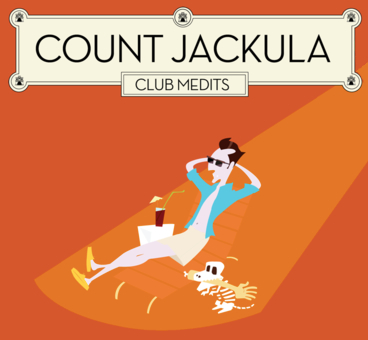 Count Jackula is the new alter ego of portuguese Dj / producer / composer Luis Clara Gomes (better known as Moullinex) and his debut release, the Club Medits EP, has caused quite a commotion in electro circles. This project is pretty different from Gomes’ work as Moullinex but the mindset is still the same: getting crowds up on their feet and dancing.

To promote the release, Discotexas is giving away a superb remix of the track “Slowburner”. Hemingway speeds up the pace a little on this remix and adds some oomph to the formula, turning this track into a true dancefloor killer. Perfect for a saturday night!