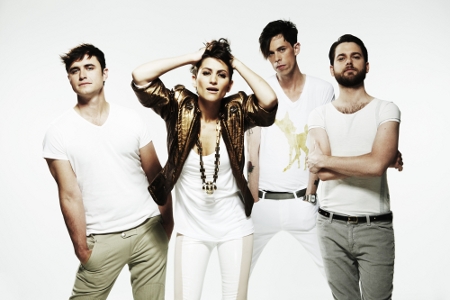 Dragonette is finally back with a brand new album, Fixin To Thrill, which is out in Canada on September 29th (get it on iTunes) and in the rest of the world in October.

Canadian electropop band Dragonette is singer-songwriter Martina Sorbara, bassist and producer Dan Kurtz, guitarist Chris Hugget and drummer Joel Stouffer. Their debut album, Galore, was released in 2007, spawning the singles “Take It Like  A Man” and “I Get Around”.

With their sharp and witty pop songs Dragonette have become a mainstay  of many electro blogs. Their highly anticipated new album album, Fixin To Thrill, is sure to get a lot of blog love over the next few months.