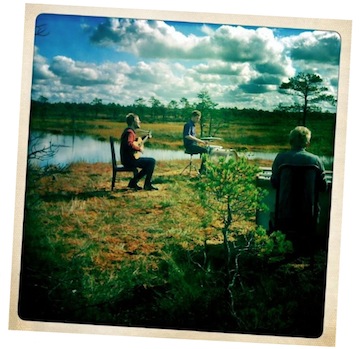 Ewert And The Two Dragons is a folk-rock quartet from Tallin, Estonia. The line-up consists of vocalist Ewert Sundja, guitarist Erki Pärnoja, drummer Kristjan Kallas and Ivo Etti on bass, guitar and other instruments. Their debut album The Hills Behind The Hills was released in autumn 2009 and since then they have taken the Baltics by storm.

After playing alongside Muse and Scissor Sisters at the biggest Baltic music festival Positivus in 2010, Ewert & The Two Dragons released their sophomore album Good Man Down in April 2011 to great reviews. With this new effort, the band is taking huge steps towards bringing their organic, folksy sound to a much wider audience in Europe and (why not?) the world…

Find Ewert & The Two Dragons on MySpace or Facebook and stream their music on SoundCloud. Buy Good Man Down on Gogoyoko or