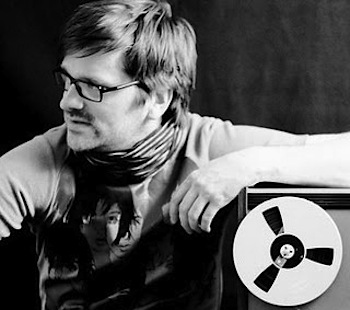 Justin Faust has been producing house records on a variety of labels including the dub-inspired netlabel Thinner and the Steve Bug founded Forum Dessous Recordings. His music, which blends Nu-disco, distorted synth, dreamwave and catchy keys, aims to make you raise your hands up in ecstasy on the dancefloor and dance!

Faust is known in electro circles for his mind-blowing DJ sets and impeccable remixes for the likes of Butterfly Bones, Missy Elliott, Bestrack, Florrie, SometingALaMode, Montauk, Edwin Van Cleef, Goldhawks and Odahl amongst others. And as is usual in electronic music, a lot of artists have returned the favour and remixed some of his best original tracks. This includes stellar productions by Fare Soldi, Moullinex, Russ Chimes, Italo Brutalo, Super Mal and many more. Here’s a mixed bag of some of Justin Faust’s most outstanding tracks for your listening pleasure…

If you like what you hear, keep an ear out for Justin Faust’s forthcoming Girl Talk EP, scheduled for release next month on Portuguese electro label DiscoTexas. Find plenty more tunes, news and tour dates on Justin Faust’s official site. Buy on