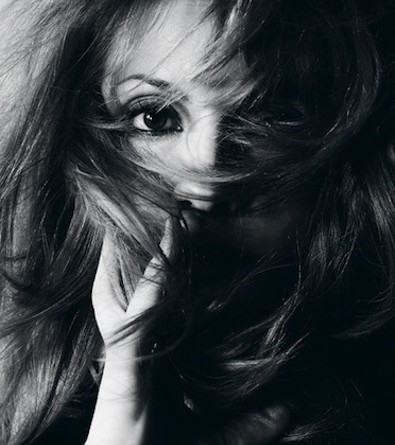 Actress-singer-composer Najwa Nimri started making electronic music in 1996 with Spanish music producer Carlos Jean. As Najwajean they released their first LP, No blood, in 1998. They also worked together on two soundtracks (Asfalto and Guerreros) and released a compilation in 2002. After taking time off, the duo got back together in 2008 and released their first studio album in ten years Till It Breaks.

Najwa debuted as a solo artist in 2001 with her first LP Carefully. She worked with different producers and created a whole new sound, earning her both critical acclaim and commercial success. After releasing two more albums (Mayday and Walkabout), Najwa is now taking a new step and releasing her first album sung entirely in Spanish.

El Último Primate is also a drastic change musically, since it mostly leaves behind electronic sounds and showcases a radically different sonic landscape.  Acoustic guitars and live drums clearly take the lead on this new record, produced by Peter Walsh and recorded in London. The overall feeling is that of a much darker record, that truly enhances Najwa’s interpretation. More intimate and confident El Último Primate might well be her best album to date.