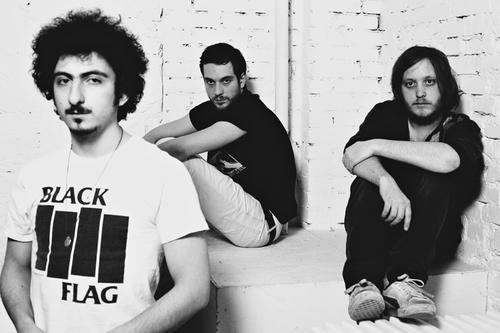 Moscow-based indie trio Pompeya keep blowing our minds with their fresh tunes and irrestistible melodies. Back in 2009, it was their single “Cheenese” and its charming video that caught critics off guard and put this very young Russian band on every decent music blog’s radar. Daniil Brod (voice and guitars), Denis Agafonov (bass) and Nairi Simonyan (drums) had already released a couple of tracks and were beginning to get a strong following within indie circles but they had to yet to make the big jump.

After over a year spent touring clubs and working on their very own blend of new-wave tinted indie rock, the boys are back with a new single “Power”, which is worth all your attention.

To celebrate this release, you will find below a couple of tracks that perfecty illustrate Pompeya’s natural ability to craft instantly catchy songs, with lush arrangements, achingly gorgeous vocals and well-placed guitar riffs.

Listen to more music HERE or on their official site or Facebook.