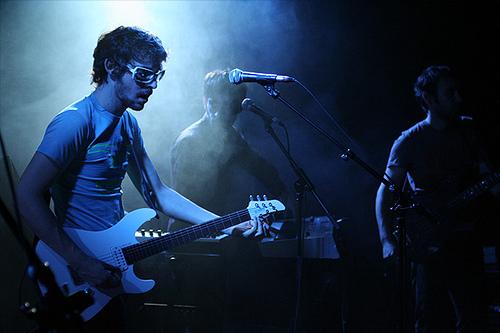 Gaétan, Amaël and Antonin are Pony Pony Run Run. These three former Fine Arts students hail from Nantes (France) and they’ve been rocking stages in France and Europe for a couple of years already. Their album You Need Pony Pony Run Run is out now on Wagram/3éme Bureau.

The first single “Hey You” has been out for a while now and it has been remixed by some of the best remixers out there. So I’ll just throw in a few of the remixes here. First is Pony Pony Run Run’s own Dance Remix (a bonus track on the album), then Mondkopf‘s downtempo take on the track and finally Crystal Fighters, bringing in their signature sound, cut vocals and multi-layered beats…

This is what the band has to say about their sound: “We grew up in the 90s and always liked listening to lots of different things. Our baggage is all the pop music that we heard on the radio: some good stuff and some outrageous stuff, a mix of electronic and rock culture, sometimes very mainstream, sometimes very alternative. We like everything. There’s no value judgement… We’ve long forgotten about what’s in good taste and we have no “guilty pleasures” anymore.”