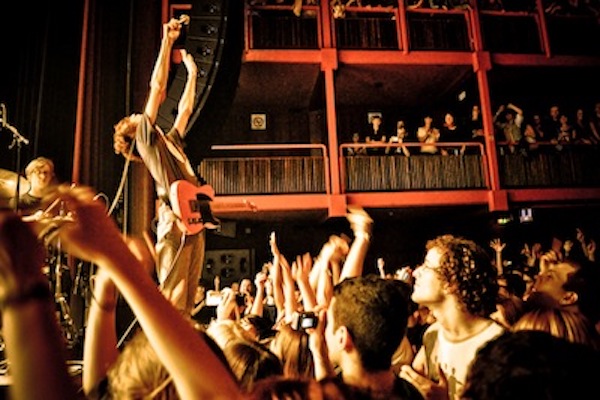 Berlin-based indie pop act The Whitest Boy Alive is one of Erlend Øye‘s many side projects. Besides being one half of indie folk duo Kings of Convenience, Øye has also collaborated with many artists and released a solo album a few years ago (listen to it HERE). In The Whitest Boy Alive, Erlend Øye is on guitars and vocals, joined by Marcin Öz on bass, Sebastian Maschat on drums and Daniel Nentwig on keys.

They started as an electronic dance music project in 2003 in Berlin, but have since slowly developed into a band with no programmed elements. Their debut album, Dreams, was released on June 21, 2006 in Germany. The following year, in July 2007, Modular Records signed them to their UK imprint and re-released the album in the UK with the single “Burning” in November 2007.

The Band released their second album, Rules, in March 2009 to mixed reviews. Even though the album moves smoothly from one track to the next, it sometimes feels a little too formulaic, a little too rational. But the catchiest songs on Rules (“1517” is one of them), do make up for the bits that fall flat…