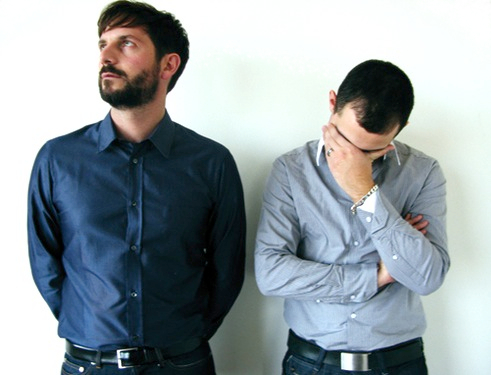 In a mere three years, Italian-Belgian electro duo Aeroplane have managed to become one of the most recognised DJ/producer outfits around. With a string of stellar remixes for the likes of Friendly Fires, Sebastien Tellier, Lindstrøm and MGMT and their own piano-sprinkled melancholic tracks, they have built a cult following and their debut album, released in September, quite logically arrived with sky-high hopes. All these expectations were laid on Vito De Luca, now flying solo after parting with bandmate Stephen Fasano.

Overall, the album is a genre-bending journey of groovy cosmic disco rock with no clear destination. Produced and written by De Luca, We Can’t fly is not your typical dance album, it might not even be a dance album at all. Throughout its 13 tracks, De Luca’s love for classic rock is clear and the conspicuous presence of guitars, pianos and organs is here to remind us that he is equally influenced by Giorgio Moroder, Abba, and Pink Floyd.

On this album, Aeroplane tries to reconcile immediate dance floor-bound imperatives and more long lasting, artsy and serious home-listening credentials? This tension is probably what causes the album to lose some of its direction, despite De Luca’s obvious talent and great musicianship.

Show Aeroplane some love on MySpace. Buy the album on