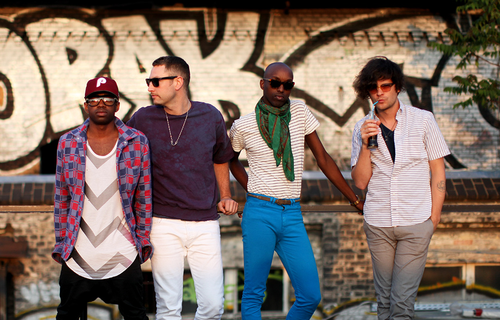 Having recently shaken up dancefloors across Australia with a whirlwind run of live dates, Toronto disco house mavens Azari & III have decided to thank their faithful fans with a free remix! The band are sharing their single “Into the Night” as remixed by Modular label mates Softwar.

The four-piece, consisting of producer/musicians Dinamo Azari and Alixander III with vocalists Fritz Helder and Starving Yet Full, had a pretty awesome 2011, culminating with the release of their debut album in August. In the past few months, Azari & III have also released a string of well-publicized remixes for big electro acts such as Munk, Robyn, The Aikiu, Creep, Uffie, Bot’Ox, Cut Copy and Sneaky Sound System.

More music and info on the band’s official site or Facebook. Buy Azari & III’s releases on