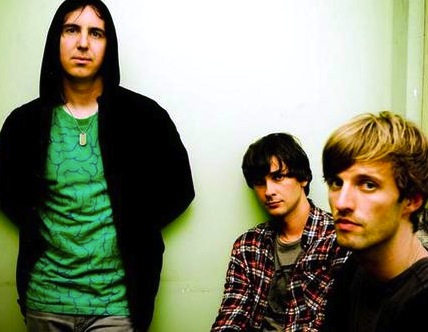 Time for a little Cut/Copy update! After their acclaimed sophomore abum In Ghost Colours Modular, 2008), the Melbourne-based band embarked on a lengthy world tour and then decided to take some time off to work on new material. While they still occasionally came under the spotlight with some remixes they did for bands such as Cansei De Ser Sexy, Ladyhawke or The Juan MacLean, Dan Whitford, Tim Hoey and Mitchell Scott were keeping a relatively low profile.

Now Cut/Copy are back in the eye of a storm with new song “Where I’m Going”, taken off their as-yet-untitled third album (due early 2011). The song was premiered on Triple J Radio last month and was then made available for free download on the band’s website.

The song will also be released on vinyl this month. It will be available as a strictly limited, one-sided etched 7″. To celebrate the release of the new track Cut/Copy are now on tour playing some new tunes and old favourites across the US in August and OZ in October.

For more info, connect with Cut/Copy on Facebook or check out their official site. Buy the music on