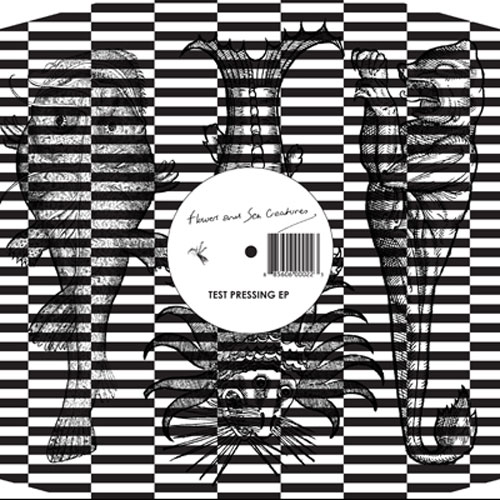 Flowers and Sea Creatures - At Night

Showcasing four tracks (three originals and one remix), Test Pressing EP is a nice introduction to the wistful and almost eerie world of Flowers and Sea Creatures. Baxter’s compelling vocals and stacked harmonies ride over partner Kosta Megalos’s fuzzy autumnal chords. The crisp future-disco beats come courtesy of the EP’s co-producers The Revenge (on “At Night”) and Ewan Pearson (brilliant as ever on “International”). The result, when added to the duo’s own self-produced closing cut “Sonic”, is a gorgeous atmospheric electronic pop debut that leaves you craving for more.

Check out the band’s page on MySpace to listen to the EP and buy one of the 500 copies of the limited edition 12″ vinyl directly from Buzzin’ Fly. You can of course get the digital EP on Beatport or