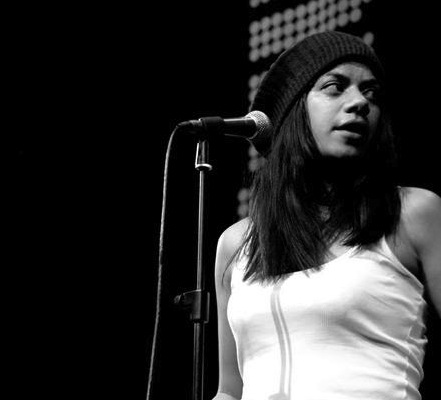 Ladi6 is no newcomer! It’s already been a decade since her quiet beginnings with Christchurch all-girl crew Sheelahroc and in ten years she has managed to make a name for herself.

This New Zealand singer/MC has managed to build a sound of her own and to take her Pacific style to foreign shores, with performances in Australia and Europe. Her ability to blend jazz, reggae and soul with razor-sharp socially conscious lyrics has given her an enviable reputation as one of NZ’s leading live performers.

In 2008, she released her critically-acclaimed first solo album Time Is Not Much, co-produced by Parks, her friend and long-time musical partner. In the past couple of years, Ladi6 hasn’t resting on her laurels, with work already under way for her eagerly awaited sophomore album, with Parks again handling production. She has been touring extensively, including some gigs with one of our favourite New Zealand artists, Julien Dyne.

As a bonus, check out the song “Go Get It”, an outstanding collaboration between Ladi6 and Munich-based DJ Sepalot. Sepalot’s sound is self-defined as “Hip Hop with a sprinkle of electro or maybe electro with the soul of a hiphop DJ.” I think that says it all…

For info and tour dates, go to MySpace. Buy the album on