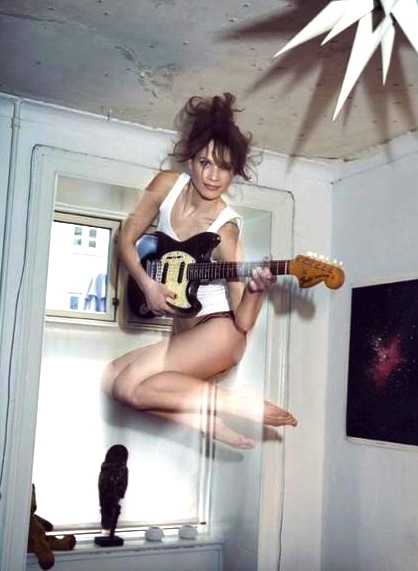 Discovered by Epic Records at 2009’s SXSW, Danish popstress Nanna Øland Fabricius (aka Oh Land) has a long history in music and performing arts. Indeed, performance has always been a part of her personal expression as nurtured by those closest to her: with an opera singer for a mother and a theater organist for a father, she was always surrounded by arts and music. This unique upbringing has contributed to the multi-faceted layers of her musical project.

After a self-produced debut album, Fauna, released in 2008 by Scandinavian tastemaker Kasper Björke, the aspiring diva relocated to Brooklyn at the beginning of 2010 to write the new chapters of her whirlwind story. A year later, she is ready to present her sophomore album, featuring Dan Carey (The Kills, Hot Chip) and Dave McCracken (Depeche Mode, Beyoncé) on production duties.

With her new record, Fabricius has created a soundscape that dreams as hard as it dances. Her songs are perky Europop at its best and her performance style is flashy and captivating. In the next few months, Oh Land will be touring the US, the UK, France, Germany, the Netherlands and her native Denmark. So, don’t miss out!

In the meantime, the girl is increasing her online presence and creating some fresh buzz with a new video and a couple of great remixes available for free download!

Find Oh Land on MySpace or check out her official site. You can buy her brand new album on