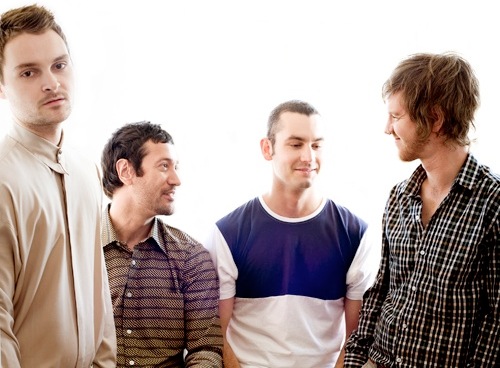 Strange Talk is a Melbourne band comprised of Stephen Docker (vocals), Gerard Sidhu (bass), Travis Constable (drums) and Gillan Gregory (guitar). They have only been around for about a year and a half but they already managed to get their first single “Climbing Walls” featured on prestigious Parisian label Kitsuné’s Maison 10 compilation last year. Not bad for a start!

After releasing their debut EP last April, Strange Talk are now back with a brand new jam that they’re generously giving away for free on their SoundCloud. The song is called “Sexual Lifestyle” and it’s a pumped-up indie pop tour de force featuring some additional tweaks by Van She Tech and mixed by John Fields (The Presets, Cut Copy).

Stay tuned for the band’s debut album, scheduled for a mid-2012 release, and in the meantime, enjoy this remix of previous single “Eskimo Boy” by Brooklyn-based producer Lightwaves.

Find Strange Talk on Facebook. Buy the music on