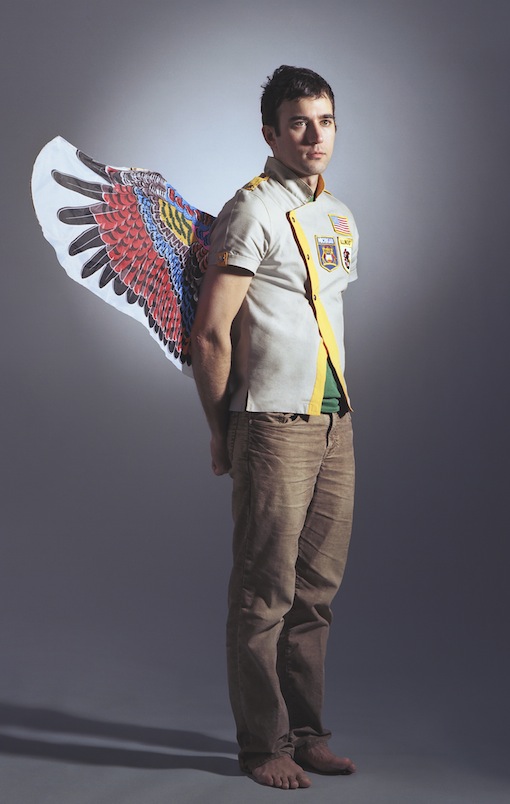 Sufjan Stevens was born in Detroit, Michigan. A self-taught musician, the young Sufjan played Mozartian sonatas on a toy Casio, and by college became proficient on the oboe, recorder, banjo, guitar, vibraphone, bass, drums, piano, and more. Somewhere along the line he also started to sing, though at the time his friends didn’t encourage it…

During his last semester in college, Sufjan assembled a selection of songs to produce the inaugural release “A Sun Came” on Asthmatic Kitty Records, a home label Sufjan initiated with his step-dad Lowell. A thousand copies were manufactured but didn’t make it to the public.

After moving to New York, Sufjan set out to complete his most ambitious project to date: a collection of programmatic, symphonic songs for the animals of the Chinese Zodiac. There were no lyrics, but more than a few cymbal swells, and flourishes on the oboe, all accompanied by computer-generated techno beats, and digital noise. The result was enterprising, but not quite flattering. He sent a few copies to press, which fell on confused ears.

Real success came after the release of his album “Come, feel the Illinoise!”. This album is a collection of beautifully ambitious songs which rely on symphonic arrangments, a choir and Sufjan’s fragile voice. Feel the magic of Sufjan’s song writing on tracks like ‘Concerning The UFO Sighting Near Highland, Illinois’, ‘Chicago’ or ‘They Are Night Zombies!! They Are Neighbors!! They Have Come Back From The Dead!! Ahhhh!’. So you think these titles are crazy? Well, wait till you hear the music…

Find out more on MySpace and buy his music on